Happy to Be Here: A Garden Enterprise Turns 30

This article has been reprinted with permission.
View the original article from The Bucks County Herald, by Bridget Wingert.

Thirty years ago, the spring of 1989, Jerry Fritz left his landscaping job with Gale Nurseries in Montgomery County and started his own business.

Jerry had a pickup truck and not much more. He and his wife, Amy, lived with Amy’s parents. She – breadwinner for some time – had a corporate job with Honeywell.

I talked with Jerry and Amy and their sons Clayton and Evan last week. “I came to Pennsylvania, found this little school in Doylestown, and said this is where I want to be,” Jerry said. DelVal was indeed a smaller place three decades ago.

The Fritzes eventually had a home and business on 20 acres in Bedminster but they always wanted to separate the business from home. And Jerry dreamed of creating an “Amazing horticultural destination.” 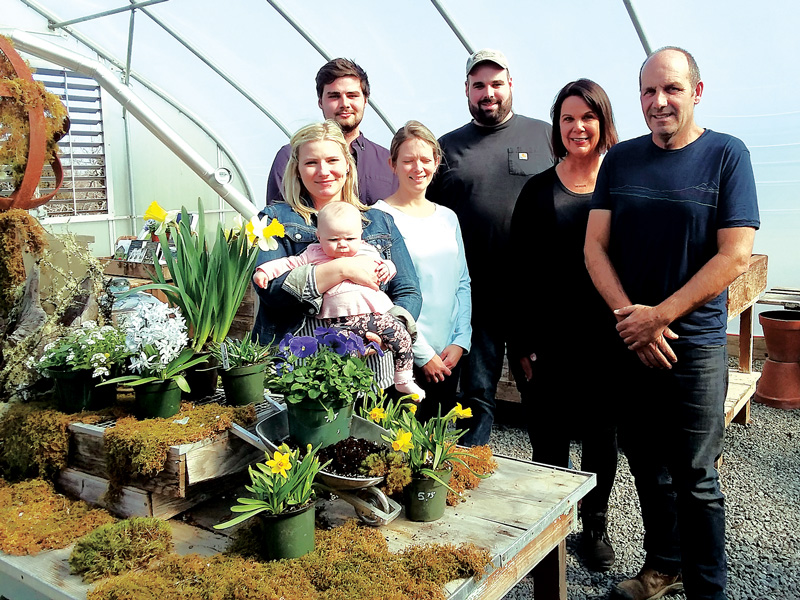 On a cold February day in 2000, Jerry saw a small wooden sign on Route 611: “Free House and Stone Barn ($25,000 an acre).” That was it – on that barren land long neglected and covered with people’s trash, old cars and rusted machines, he envisioned his dream.

There was a pig barn, a horse barn and a carriage barn and house filled with junk. But the real prize Jerry saw was the stone barn. “The barn has no roof,” Amy said. It took six years to restore the building.

The location was ideal – a major highway between Philadelphia and New York. And the soil was good on the former working farm.

“Six months, 21 meetings and seemingly endless negotiations later,” Jerry says in his 20th-anniversary book, Lessons from Linden Hill, “the property was ours.”

“The very first day, my sons Clayton and Evan had fun exploring the barn and swinging from a rope fastened to one of the beams.” Jerry offered them a dollar for every bucket of trash they picked up.

Exploring the woods, Jerry found some linden trees, unusual for the area. He named his new-found nursery “Linden Hill Gardens,” linden for its uniqueness, hill because the land is at the top of a ridge, gardens, more colorful than “nurseries” because Jerry expected an ever-changing view to attract return visitors.

The first of many plant events took place in November 2000, with shrubs displayed along a pathway to a rented tent. Since then, Linden Hill has scheduled events in spring and fall, with guest speakers and plant discussions. The Horticultural Chat opened the season in mid-March. Snowdrop Days followed in late March at the retail nursery’s opening, when the early bloomers are showing up. The Hellebore Festival, which took place last weekend, celebrates the “Lenten rose” that delights gardeners as early as February.

The Perennial Extravaganza will take place June 8 and 9 and the retail nursery closes for the summer months. The Holiday Festival winds up the year in late December. It’s a craft sale, well suited to the barn that caught Jerry’s eye years ago.

The business has consistently fared well except for the time of the recession in 2009. Martha Stewart came to Linden Hill’s rescue inviting appearances for three television shows. “She visited us at the Philadelphia Flower Show,” Jerry said and she promoted Linden Hill in her magazine. 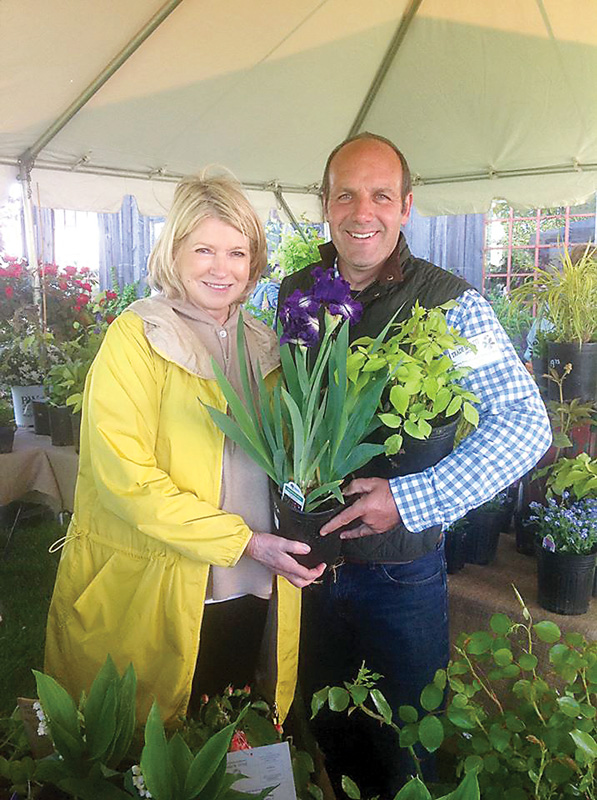 Jerry Fritz with Martha Stewart at the Trade Secrets event in Connecticut.

The Fritzes added garden trips to their schedule in 2015. They lead one-day trips to outstanding local gardens in early summer and they have taken groups abroad, to England and France and Jamaica. With business and other obligations, there’s no trip scheduled this summer but the plan is to travel to Spain in 2020.

Jerry is the knowledgable guide and Amy, the “social media maven,” does the planning for the trips, handling logistics and details. She has been the marketing expert for the business since the beginning.

Jerry often has speaking engagements, to garden clubs in Seattle and the Hamptons, and other organizations.

The Fritzes have four children, all working one way or another in the business, three sons, and an adopted daughter, Lily. Clayton, the oldest, is shop foreman for the design company; Evan, a recent landscape architecture graduate of DelVal, is assistant designer and project manager; Reid, a graduate of Palisades High School, is a landscape crew member. Reid, Jerry believes, is most like him, destined to follow a ornamental horticulture route.

Evan is married to Erin Walter, of the Walter’s nursery family in Point Pleasant – a coincidence, Jerry said. Evan and Erin have a daughter Izzy, who came along for a family portrait.

Jerry and Amy have kept close ties to Delaware Valley University, Jerry as a member of the board of trustees. They have seen the college grow from a farm school to a full-fledged university. Jerry has a special bond with his former teacher, Dave Benner of Solebury, who led the horticulture department at DelVal.

“When you hit the 30-year mark, you know what works,” Jerry said. “I have enjoyed seeing the same clients calling us back, going to their families with my family.”

Like many successful business leaders, Jerry measures success by the satisfaction he feels with a completed landscape.

If you want him to take on your garden, by the way, you will have to be patient. Maybe in a year, he can start your project.